Don’t have an account yet? Register yourself now and be a part of our community! 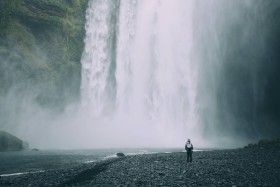 25-40% of the hot water consumption in buildings is caused by showering.

Taking a shorter and less hot shower can save 15 percent.

Create a scenario which, for example, blink the light as a reminder 5 minutes after you have pressed a switch (e.g. wall-mounted transmitter WSC).

Please note that the tips given here are intended as inspiration and must be adapted to your personal needs, your devices and the apartment/house. LIVISI is not liable for any damage. Tip #19

If you need help with your SmartHome and cannot find what you need in this community, please refer also to:

Or call us (Germany only)